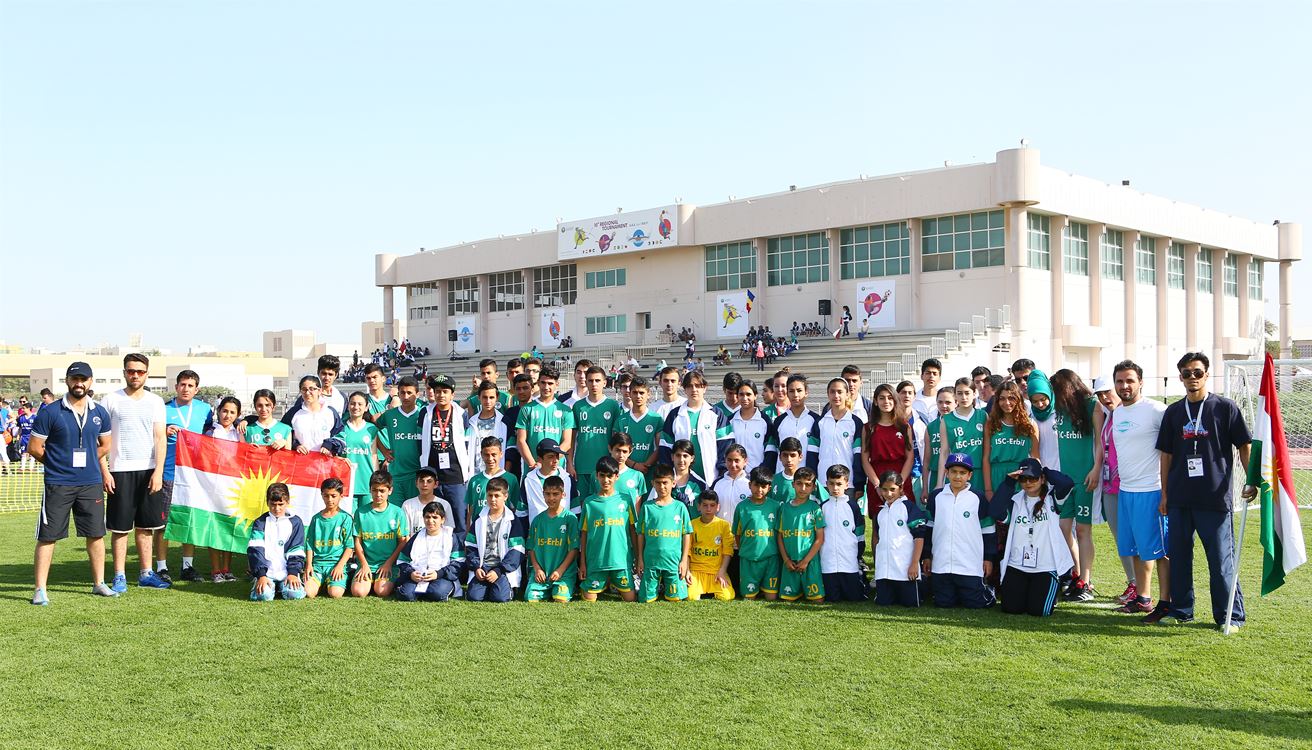 The SABIS® International Schools of Dubai Investments Park and Sharjah were the proud hosts of the 10th SABIS® Regional Sports Tournament which took place over the last couple of days. The event attracted over 1000 SABIS® athletes from 23 SABIS® schools representing 12 countries from around the world.

This important event on the SABIS® calendar was inaugurated by his Excellency Expert Major General Khamis Muzainah, Chief Commander of Dubai Police, whose presence highlighted the significance of the commitment that Dubai places on the role of sports in the development of our youth beyond academia. The Dubai Sports Council, represented by its General Secretary, Mr. Saeed Harib, contributed to the success of this event. In his speech Mr. Harib expressed the pleasure of Dubai Sports Council to SABIS® for hosting this spectacular sporting event in Dubai, the city of peace and security and for adding value to Dubai’s sporting initiatives.

Victor Saad, Vice President of SABIS® Educational Services, welcomed the distinguished guests and the crowd; he cheered the athletes on with an address from the heart stressing that “Playing sport teaches a lot of valuable life lessons, at least partly because we often learn more from our failures than we do from our successes! It is the former that motivates us to strive for improvement, and to never become complacent. So, regardless of whether you win or lose today, know that what is important is your participation, your team spirit, your attitude during the games… and having given it your best shot. Because, yes… in life, you will win some and you will lose some… but a most important life lesson that you can learn here today is to win with humility… and lose with grace.”

The speeches were followed by a selection of performances by students from various SABIS® schools in the UAE.  The shows covered the UAE traditional dance, a traditional Lebanese folkdance “dabke”, and a Spanish dance, all of which celebrated the uniqueness of the UAE heritage and the diversity of the different cultures in our schools.

The opening ceremony concluded with a huge surprise for the crowd with a spectacular glider soaring the sky carrying a SABIS® banner welcoming the crowd; and as balloons circled into the sky, Saad presented His Excellency Major General Khamis Muzainah and Mr. Harib with SABIS® plaques as tokens of appreciation for their presence and support for this important sporting event.

All participating schools had their share of success, with ISC-Cairo, ISC-Amman and ISC-Koura, Lebanon respectively securing the most medals, with the remaining medals being shared between the other schools.

ISC-Dubai, ISC-Erbil, ISC-Choueifat, Lebanon and ISC-Abu Dhabi displayed great football skills in the finals , with ISC-Dubai winning the  under 10 boys  against ISC-Choueifat and  in the under 14 final, ISC-Erbil triumphant against ISC-Abu Dhabi. Similarly, the Basketball Finals witnessed close and exciting games where in the girls under 18, ISC-Cairo were victorious over ISC-Khalifa who put up a fantastic fight to go down by only a few points. The final match of the event, the boys under 18 basketball was a very tight game, with ISC-Amman leading until the last 20 seconds when things turned around and ended with ISC-Koura securing first place.

The event concluded with the traditional group photo and the cutting of the cake symbolizing the end of the regional tournament.

Students returned home with many great memories, looking forward to the 11th tournament.  This has been another success of the SABIS® Network Schools and a great organizing effort by the Regional Tournament and the International Schools of Choueifat- DIP and Sharjah.

The two host schools are members of the SABIS®/Choueifat Global Network of Schools that started with humble beginnings in 1886 and currently educates close to 65,000 students in both the private and public sectors, operating in 17 countries and spread over four continents.

For more information, you may visit our website www.sabis.net; www.regionaltournament-sabis.net